Having a Premature Baby

While every parent prays and hopes for a baby who is healthy, even parents with premature babies do not have to lose hope because modern technology has them covered too. Hospitals are now equipped with all the equipment, all the facilities, the medical staff has all the new methods and strategies which allows them to care well even for premature babies.

What are the factors leading to a premature birth?

Previously, a baby born only completing 34 weeks in their mother’s womb often died, but now, modern technology has made it a possibility for even 26-week-old babies to survive. Question is, what are the factors that may be causing these babies to be born before their due time?

A woman who has delivered a premature baby previously is more likely to have another premature birth if and when expecting. Women who are diabetic or have high blood pressure are also more prone to giving premature births. Unhealthy habits like smoking have also been identified as possible factors leading to premature births.

Circumstantial factors like having an accident or an injury may also cause some women to deliver their babies prematurely.

Complications which a premature baby faces:

Not every premature baby is going to be on the same level, hence the challenges faced by them would also be different. The earlier a baby is born, the more premature they are going to be, and likewise, the greater would be the health complications that they would have to face.

Small in size with almost translucent skin, premature babies are at increased risk of developing conditions like respiratory distress and other breathing related problems. The reason why this happens is because the lungs are one of the last organs to fully mature, so a baby born before his due time would not be having a strong pair of lungs. Some of them may even be diagnosed with apnea, which is a condition characterized by prolonged pauses when one is breathing.

A premature baby would also take very long to finish their feed because their sucking and swallowing reflexes would also be underdeveloped. Some premature babies may have such weak reflexes that they may be required to be fed by a feeding tube. 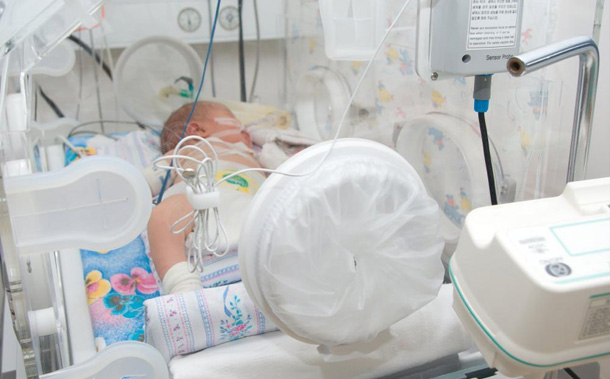 Like we mentioned above, premature babies have very thin skin, ultimately creating temperature control problems for them. A full term baby has properly developed skin which can store fat. This allows them to keep themselves warm to a certain extent.  However, premature babies often end up having hypothermia which is why they are placed in an incubator which allows them to stay warm.

They also have very weak immune systems so they are at higher risk of developing infections; many premature babies have anemia and jaundice. Many physicians advise mothers with premature babies to actively avoid going to crowded places until their babies are at least three months old. The reason for this is this that three months is a period long enough for the baby’s immune system to get stronger, so if he does go to a public place and catches an infection after the first three months have passed, he will be able to fight it better.

Some of the effects of prematurity are longer lasting in nature. Premature babies, when they grow up, may have cognitive difficulties, vision and hearing ailments, and chronic health issues like cerebral palsy.

It is not always such a bad picture for premature babies though. Most premature infants do catch up with their full-term peers and experience much or less the same patterns of development as they do.

NICU Care: What is it?

Now that we know what all complications a premature baby may have to face, we need to address how these issues are solved. To help these extra tiny infants, they are placed in a Neonatal Intensive Care Unit (NICU) which functions as their protective environment for a limited time period. 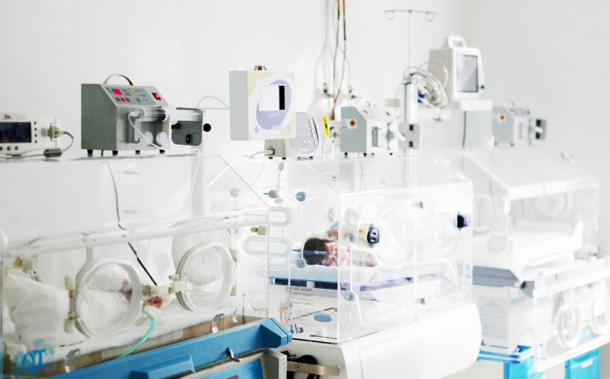 This unit is equipped with trained, professional and caring staff, has all the monitors and alarms which may be needed to notify the concerned pediatricians, and even has all the latest resuscitation equipment to help the staff tackle any issue which the premature infant may face while in the NICU.

Since premature babies are too weak and fragile to go back home with their parents and must stay for the first few weeks or months in the NICU, the parents are also allowed to spend some time in the NICU with their babies.

The NICU has very sophisticated and complicated looking equipment and machinery installed in it. This can be a little intimidating and scary for the parents. What they need to remember is that all of these machineries and systems are there to help their child cope up with the new environment, and without these, it would be almost impossible for the baby to survive.

As parents who have their baby placed in an NICU, it is best to keep in touch with the staff present at the unit. They know what one specific machine does and what the other machine does not, they have all the knowledge and are very willing to help you with any concerns you may have. They can be immensely useful in answering any questions that you may have. Having answers to your problems can help you feel a little more reassured as well.

Once these infants are strong enough to go back home, they are allowed to leave the NICU. The parents are given any and all instructions that may be required to continue giving somewhat special care to their babies at home too.

Everything You Need to Know About Water Births

The Terrible Twos and Tantrums