Babies are wired by nature to communicate everything with you. Not in so many words, but they will tell you everything they want to, with their body language, their facial expressions and of course, all the different forms of cries.

However, if you are a new parent or a new nanny and are uncertain about the development milestones your baby or your charge is supposed to have reached, then here’s a guide for you.

This list will guide you and help you to know if the child is progressing well and developing the skills they are supposed to.

It will also help you take quick action in case you notice developmental delays in your child.

A newborn baby will try to communicate with you by crying. A baby by birth has the ability to cry in various different pitches, patterns, urgency, volume, and length. And you’d be surprised to know that each one of the cries has a different meaning.

There’s no rulebook for it though, you’ll have to notice the different cries and what caused it to be able to detect it. What’s the cry the baby makes when he is happy, tired, sleepy, and hungry? Pay attention and you’ll find out. It will also make your motherhood a lot easier if you’re able to tell early on why the baby is crying.

Initially, the cry will all sound the same, but in the first month, the cries will become more expressive. In the second month, the baby will produce sounds other than cries such as gurgling and cooing.

In the second month, the child will also develop some motor and sensory skills such as:

In the third month, the motor skills of the baby would develop even more. They’ll not only be able to lift their head up but will also show some control such as lifting it up as much as 90 degrees when lying on their stomach.

Other milestones your baby will reach in their third and fourth months would be:

The baby’s speech will develop more during their period. The baby would now make more noises in sing-song tones and use more syllables such as goo, adah, muh, aroo, er-lehetc.

You can take notice of the new syllables when the baby is paying quietly on their own. They speak more when immersed in their toys.

You can develop this skill even more by carrying out normal day-to-day conversation with them and showing them pictures or making animal noises.  Singing rhymes would also develop their listening skills.

Most babies progress differently when it comes to speech development. However, if the child is not making any progress in their verbal speech by the time they are six months old, visit a paediatrician. 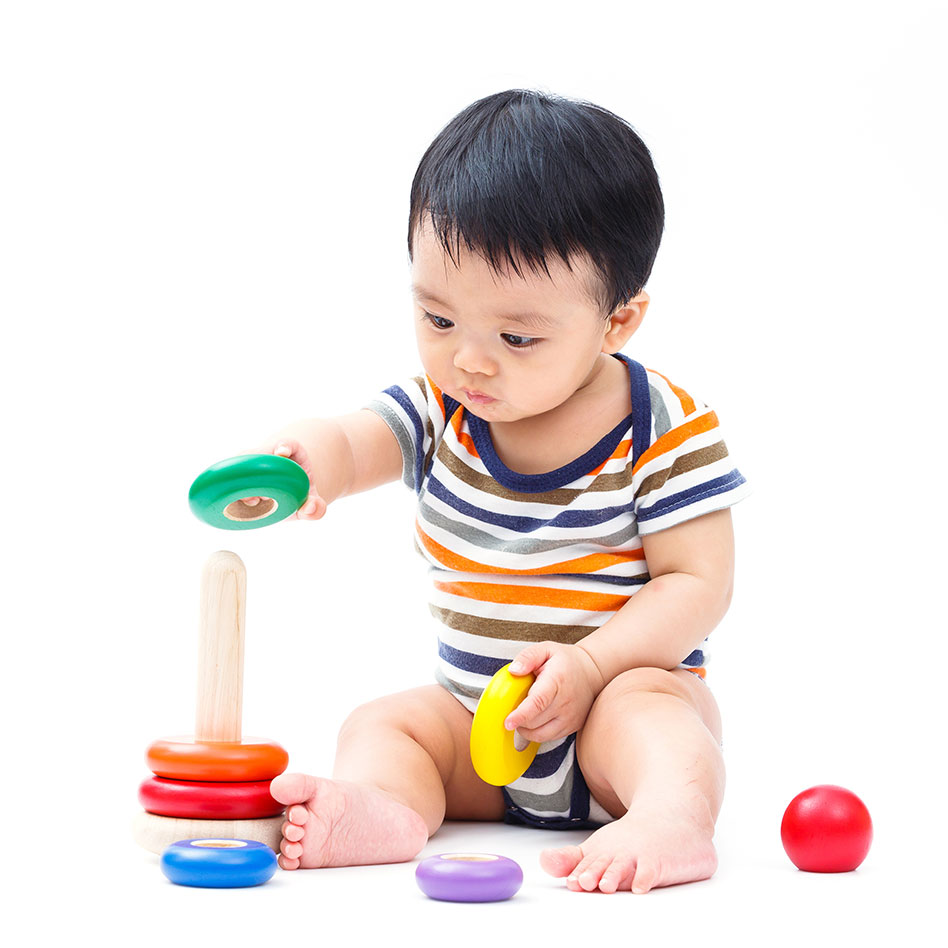 By the time your baby enters into their seventh month, the progress would be more obvious. The baby will begin to stand up with support and eventually without support. Will also begin to walk somewhere between eight to twelve months.

The baby would also begin a more generous use of their index finger by pointing at things. It will become clearer what they want with their more refined communicative skills. In addition, the baby would also pick up on any three recognizable words and for a while, refer to everything with these words. The intellect would also develop in their period and the baby would be able to understand words and commands.

He’ll understand if he gets scolded, or if he is being played with.

Other skills that the baby should be able to develop in these months are:

During this time, the baby will become more aware of their own folks and of strangers. And the language skills would also develop to the point of forming complete words such as:

This is a general list of development milestone of babies. Aside from this, some babies are just early bloomers while others are late. If you feel your child is not progressing according to these milestones, then wait a little before getting worried. If you still can’t help but be alarmed, then feel free to consult your health advisor.

Advising Your Child Not to Talk to Strangers

The Terrible Twos and Tantrums

Get in touch & let's make something
awesome toghether!